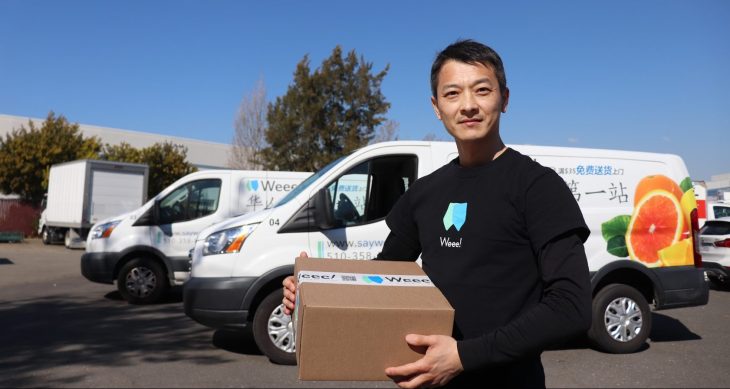 When Larry Liu moved to the U.S. in 2003, one of the first challenges he experienced was the lack of Chinese ingredients available in local groceries. A native of Hubei, a Chinese province famous for its freshwater fish and lotus-inspired dishes, Liu got by with a limited supply found at local Asian groceries in the Bay Area.

His yearning for home food eventually prompted him to quit a stable financial management role at microcontroller company Atmel and go on to launch Weee!, an online market selling Asian produce, snacks and skincare products.

Like other players in grocery e-commerce, the five-year-old startup has seen exponential growth since the coronavirus outbreak as millions are confined to cooking and eating at home. Nearly a quarter of Americans purchased groceries online to avoid offline shopping during the pandemic, according to Statista data. Online grocery giants Instacart and Walmart Grocery boomed, both hitting record downloads.

In a Zoom call with TechCrunch, Liu, who’s now chief executive of Weee!, said that COVID-19 played a “very important role” in his company’s recent growth, and paved its way to profitability.

“It happened a lot faster than we expected, but we were growing rapidly with even more ambitious plans for expansion prior to COVID-19,” he said. “People are buying more because restaurants are closed. Many are first-time users of grocery delivery.”

The startup’s revenue is up 700% year-over-year and is estimated to generate an annual revenue in the lower hundreds of millions of dollars.

Fast-growing Madison Reed is eyeing men’s hair next; “We’re going to blow the doors off that market”

AI is more data-hungry than ever, and DefinedCrowd raises $50M B round to feed it