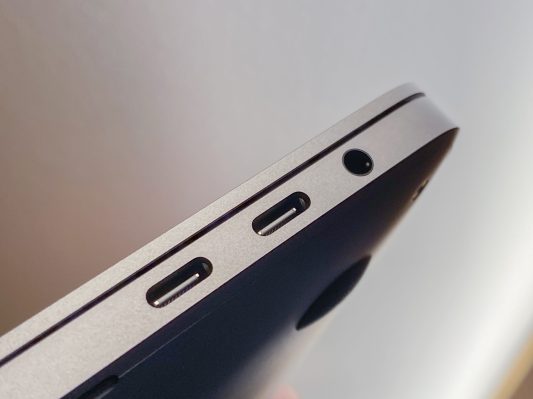 Earlier today, Intel offered some key insight into Thunderbolt 4, following an initial unveil at CES back in January. The latest version of the connection standard isn’t actually faster than its predecessor (still offering up the same 40 gbps as its predecessor), but there are some key improvements on-board, including some updated system requirements.

Here’s the rundown, per Intel,

The new version will be compatible with both Thunderbolt 3 and old USB connections, and it’s set to arrive at some point later in 2020 on laptops sporting Tiger Lake CPUs. One big question mark in all of this, however, is whether Apple will continue to support this latest connection on its upcoming line of ARM-based Macs. After all, the move marks a key rift in the longstanding relationship between Apple and Intel.

In a statement offered to TechCrunch, the company restated its commitment to connection it’s been so invested in over the past several years, noting, “Over a decade ago, Apple partnered with Intel to design and develop Thunderbolt, and today our customers enjoy the speed and flexibility it brings to every Mac. We remain committed to the future of Thunderbolt and will support it in Macs with Apple silicon.”

Startups Weekly: What education do you need to build a great tech company?

Smartphone shipments dropped 18% in China, thanks to COVID-19